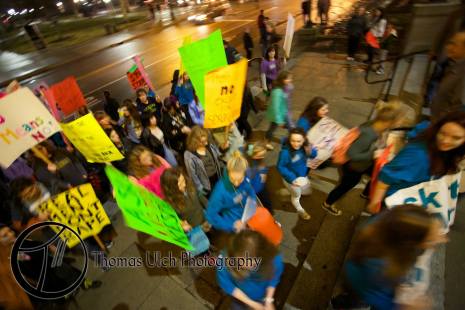 otest sexual violence is held on the University of Michigan Diag. Survivors and their supporters along with fellow students and community members come together to raise their voices and raise awareness about sexual assault. After the rally, a march is held going through the streets of campus and the city of Ann Arbor.  This rally, as well as our other events, is put on by volunteers made up of community members and students from the University of Michigan.  You can find out more on our Volunteer page.

History of Take Back the Night    Media and Press Release 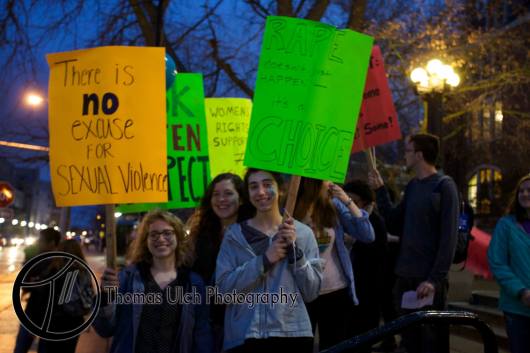 Mission Statement:
The Ann Arbor Take Back the Night march
and rally is an opportunity to speak out against all forms of sexual violence in our community. The goals of this event are to:

To raise awareness of the ways sexual violence is a force of
oppression used to perpetuate racism, sexism, etc.

To build a network of individuals committed to creating a community free
of sexual violence.

To make people aware of and change rape culture.

We recognize that sexual violence is
perpetrated against individuals, regardless of race, class, gender, sexual
orientation, gender identity, religion, age, ability, ethnicity or appearance.
Sexual violence is primarily committed by men against women, but we also affirm
the reality that some men are survivors, some women are perpetrators, and there
is violence in some LGBT relationships.